Sainik School, Goalpara invites application for the post of Quartermaster and Band Master 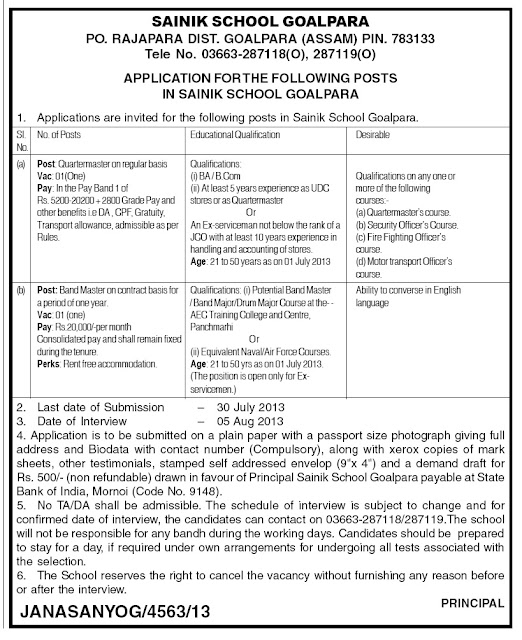 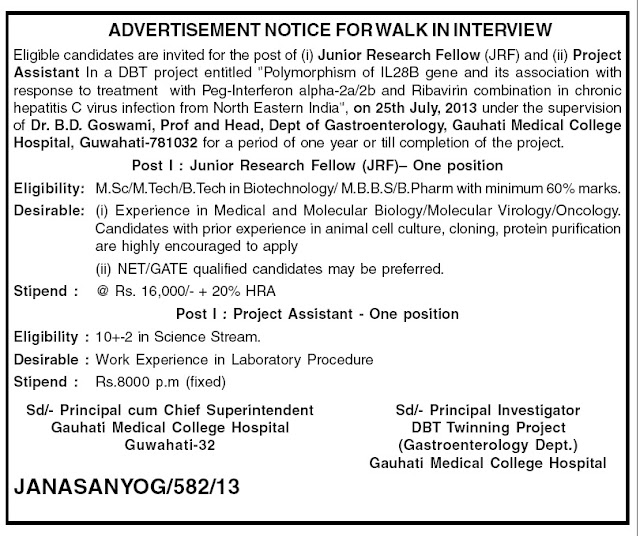 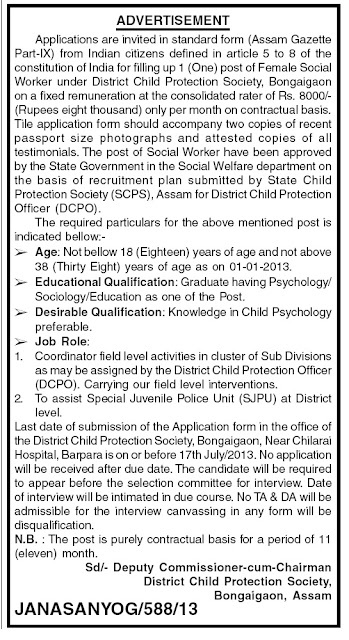 
Applications are invited with complete Bio-Data for the following posts– (1) Science Teacher (Graduate in Physics/Chemistry or B.Sc Pass course), (2) Mathematics Teacher (Graduate in Mathematics). Apply on or before 15th July’ 13 to the Principal, Maharishi Vidya Mandir, Karanga, Jorhat, PIN-785008, or e-mail to :[email protected]

Indian Institute of Technology, Guwahati invites application for the post of part time Student Counselor and Sports Coaches and instructors 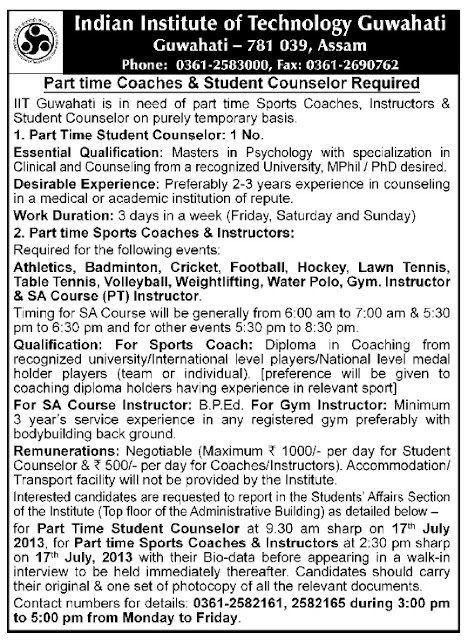 Assam Science and Technology University, Guwahati invites application for the post of Controller of Examination

Sonari College, Sonari invites application for the post of Assistant Professor in Zoology


Applications with full Bio-Data are invited  from  candidates  having NET/SLET/SET  for  the  under-mentioned post in the Pay Band of Rs. 15,600.00 - 39,100.00 plus AGP  Rs.  6000/-  with  other allowances  as  admissible  from time  to  time.  However,  the candidates  who  have  been awarded  Ph.D.  Degree  in accordance  with  the  UGC (minimum standard and procedure for  awarded  of  Ph.D. Degree)Regulation,  2009  shall  be exempted from the  requirement of NET/SLET/SET. Candidates who have obtained M.Phil/Ph.D on or  before  10/07/2009 may  also apply  for  the  posts  excluding those who have obtained M.Phil/Ph.D.  from off campus centres.The age of the candidates should not be more than 38 years as on 01/01/2013 and relaxable upto 5years  for  SC/ST  candidates.Candidates must submit their duly completed  applications with  all relevant  documents  and testimonials  including PRC  and Mobile No. within 14 (fourteen) days from the date of publication of this advertisement    along with  non-refundable A/C payee D/D of Rs.500/- (Rupees. Five hundred) only to  be  drawn  in  favour  of  the Principal, Sonari College, Sonari payable at SBI, Sonari Branch.
1. Assistant Professor in Zoology- 1 (one) post Unreserved,(Specialization  :  Animal Physiology/Bio-Chemistry) Sri Arpon Kumar Baruah
Principal, I/C
Sonari College
P.O. Sonari
Dist : Sivasagar (Assam)
PIN : 785690